On the Bus
As I stated yesterday reborn and a new out look on all I see. I some what cleared the air with my friend last night via IM. Yes call me chicken but I know my temper and I really wasn’t trying to bring that out cause via IM I was losing my temper badly I could imagine how much worse it would have been over the phone.
My Maride-novio (my Tita’s nick-name for my Man LOL which means half husband half boyfriend...she’s a pisser) he was a little happy that our friendship was on the rocks. To him she calls too much (which she does but like anyone if I can answer I answer if not I’ll get back to them later) and because in his warp little mind he swears she wants me…but to him everyone wants me so blah, blah. Which by the way I so don’t see that but that doesn’t matter because as I say ~
“its up to me and whether I cross over or cheat who cares who wants me just be pour I come home to you“.
So I told him last night we some what made up and of course he had to throw his two cents in about how I should be with her now with after everything and more blah, blah. I listened to all he had to say and at the end of his lecture I stood up made myself a cocktail looked him dead in his face and said ~
“I know how to handle my friendship…I hear what your saying but I’m not going to cut her out of my life completely. I do know that things are different now between her and I.”
Freaken Jealous Pee-pee swingers.
As for my daughter I am taking tomorrow off and I’m taking her to Play Land and we are going to have a picnic on the little beach (granted if it doesn’t rain I have to come up with a plan B just in case it rains).
Fuck that no one and I mean No (especially in my family) one is going to make my daughter feel like no one likes her or cares about her. Screw that I’d rather take her and move away then have her feel like that.
So this morning I woke up with a little bit of a heavy heart but I am looking at everything with fresh eyes and new look and the out look is Fuckem! Yes they can make me sad but I REFUSE to let them get me down.
Posted by Mica at 1:14 PM 66 comments: 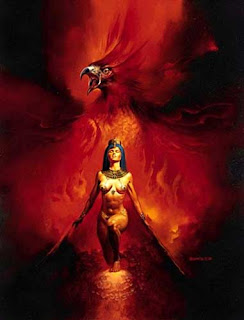 ~...from its ashes a new one is reborn~
With every broken heart a new ME is reborn!!!!!!!!
This morning's mind set:
I am still sad today but its not as bad as yesterday but again I haven’t opened my emails yet so the day still seems good. I am going to try and keep mind focused on me today for as long as I can. Someday are harder then other I’ve been hurt so much that now when my heart hurts I can feel an almost hollow echoing pain that throbs when even my heart breaks.
As much as love my friend and it pains me that this fight between her and I but I have been writing more. And I have been well (cause of this fight) I have been trying to focus more on me. Usually on a normal day she would be calling me like a 100 times a day and I would spend the day pretty much giving her advise but these past few days I can actually spend my day my way-its been nice. (I’ve missed her but its been nice)
Since she started dating Ben Frank her calls have been less and less like she will only call after he left for work and I hate calling her when he’s around because when he’s around he is always talking when we are trying to have a conversation. So I prefer to wait till he’s gone.

A thought just crossed my mind…when I started my blog like almost 5 year ago I made a list of things I needed to do. I wonder how much of them have been done…I know I quit smoking, and except for my blog and having a quote in Latina Magazine oh yeah and the article I wrote for a very small Bronx paper…well I guess I am a published author but I haven’t finished my novel yet but I do have to admit the writer’s block has somewhat lifted.
I have heard that writer’s soul must suffer for the words to be felt maybe that why I have been given the life I have…a constant sense of material.
But I will say this I will do everything in my power to not let my daughter go through as much heart ache as I have. I regret nothing however I would rather pass along my knowledge to my daughter though words and not shared experiences.


I have always believed that everything in life happens for a reason and this fight happened so that I can start blogging again. Which I am very happy about I have missed it. I guess it took pain to bring me back.

At the end of the day:
The amount of times I have had my heart broken its amazing I still have one and that I am still positive and shhh don’t tell my sisters and I still believe in love and happily ever after (but I’m no fool I know you godda work for it). With that said…
I don’t think I can handle my daughter getting her heart broken. I mean I know that it will happen with boys and friends but (I’m going to be really honest because well I can my fam & friends my don’t give a shit about my writing-which I am starting to get use to that…I am starting to understand it gives me some freedom)…back to my daughter…
I can understand and can handle heart ache and pain it’s bound to happen with outsides but for her to feel the way my family made me feel growing up-well I swear I could go to jail for them breaking her heart.
I make these comments because for some strange odd ball reason my daughter is always trying to hang out with my family. Now when I say family I don’t mean distant I mean like my parents, my sisters my cousin who was pretty much raised with me and my sisters. She is always looking for them asking them to sleep over so she can hang out with them spend time with them. And they blow her off…she’ll try and make plans and then when the day gets close they either don’t return her call or they make up excuses to cancel. And she cries and I just want to kill them.
I try to avoid her from calling them but she’s 10 so she calls them when I am at work-before I use to be able to make something up but now she’s getting the disappointment first hand. And I swear it makes me want to kick the shit out of them.
With everything that has happen between me and my girlfriend I don’t think I can handle my daughter feeling any of my pain. But I know I will
Miracles & Blessings
Posted by Mica at 8:44 PM 12 comments:

For as long as I can remember I have always felt like once I give my all-once…I give my all & I make people as happy as they can be that I show them that life has so much to give and life is here to make you feel alive they are done with me. They throw me away like. They no longer need me or find use to be around me.
My heart is breaking again and to be honest I am actually shocked that it can break anymore. I didn’t think it could break anymore.
Posted by Mica at 9:10 PM 8 comments:

Mica
There are two sides to me.