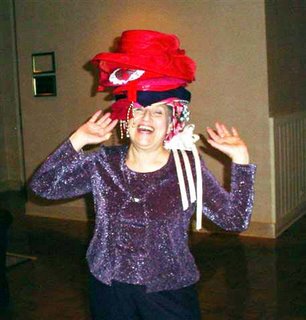 So I am on the LIRR on my way into Huntington to help out at my boss’s new office. And the ride is about 50 minutes so I will update my blog on the trip.

I was asked yesterday what I am doing for work now that I am working from home (well except for a couple of days of this week and next cause I promised my boss to help out at the new office.) So here we go; on the weekends I promote my boss’s wines I pretty good money doing that and I work usually Thursday night, Friday night and Saturday night.

I also work from home for a company called Diva School. I am there Business Manager. What we do you might ask? We teach women the art of striptease. (I found this job on Craig’s list believe it or not.) These two women started this business for bachelorette parties. My job is to book events and my job is bring in more business; they want to do it in more a classes way (and there is no nudity just in case you were wondering)

So I am doing two things that I find interesting Wine and Give Women back there sense sensuality. And I get do it all from my house which is a plus in it’s self.

So I am getting myself settled with this two jobs and once I can do it both with my eyes closed I will start on my business. Which because of the two companies I work for I thought I would open up my own entertainment company geared around Wine Tastings.

And on top of that I am in the middle of 11th chapter of my novel. And you know what I find funny…when I say “I’m in 11th chapter I always get the same question thrown at me. “Damn how many chapters is it going to be?”

To which I usually reply the same way “Um hello it’s a novel.”

My goal is to learn how to make a really cool myspace page for my business.

So I have been a very busy bee but I don’t mind.

(But to my landlord and lawyer I am unemployed just so they won’t put pressure on me.)
Posted by Mica at 9:38 PM 12 comments: 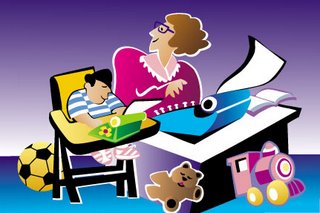 It has been 2 days since I started working from home and I have to admit I really like it. Now I don’t think my landlord is going to like it because now I don’t get paid like I use too. I use to get paid so that I could pay my rent at least by the 10th now it’s going to take at least to the end of month. But I know that I really get this to work for me.

I am like my own boss…I don’t have to answer to almost anyone. I have to master both this wine tasting thing and the diva school thing (My jobs) and then I can work on making MORE money with the both of them.

But I must say I really like this. Yesterday I was able to work booking some parties, washed 3 loads of laundry and went to my wine tasting. 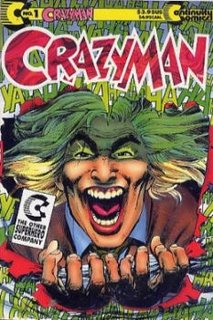 I believe that some were along the way the men that I know and get involved with loss their mind. Maybe it’s something I do, or say or maybe a smell I give off but they all seem to loss their mind.

I just got my idiot ex off my back and got him to start acting normal and now I have to deal with my idiot bed buddy going crazy. Well, I’ll say this much I will not!!!!

It started on Friday night…
I told him on about two months ago that I needed sometime to think. And all the fighting we did didn’t help me to think things through. I need sometime; with no sex and no fighting. The whole idea pissed him off but I didn’t care I needed it. Well that’s when he decided to start calling my cell phone and house phone at all hours of the night and leave me a million text messages. It was soo bad that my cell phone got disconnected because I went over on my text messaging minutes and couldn’t pay for them. And in away I didn’t mind cause he was driving me crazy!!!!. Then one night he showed up at my front door unannounced. Well that was a big NO, NO. He didn’t know if my daughter was home or not and considering I never let him hang out in my house when my daughter was home…what the hell made him think that I was going to let him so that we can get into a fight with her home.
(Well she wasn’t home but it was the principal of him not knowing if she was home or not)

I felt like he was suffocating me. So rather then me just taking time I just told him that I didn’t want to talk to him anymore. Well like two months have passed and I hadn’t heard anything, which for me was great. Then about a week ago I got an email from him tell me that a mutual friend of ours was getting married. Now I would have loved to have gone to the wedding but I couldn’t for a few reasons:
1. the business I’m starting is mostly on the weekends so I can’t.
2. I don’t want to go with someone who is just going to fight with me or just sit and sulk.
3. I don’t have the money to go and buy a dress and shit like that.
4. and going with him would lead him on and I’m not for that.

So I said no, which in I ended up getting a week’s worth of calls and text messages again. Asking me things like how could I not care anymore? How can I go from seeing him to not seeing him? Crap like that.

Then Friday night he showed up again at my house with me inviting him. I must have told him a million times that him being this pushing is a BIG TURN OFF!!!!! And him being so pushy isn’t going to get me back either.
Like I said before the men I know are all nuts!!!!!!!!!
Posted by Mica at 11:27 PM 9 comments: 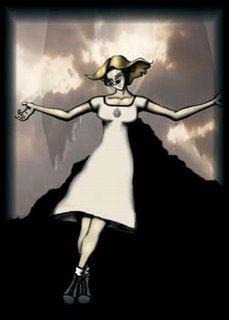 Things for me have been going pretty good. Considering my boss is moving on the 20th of September.

But I am looking at differently not like what is this man doing to me? What am I going to do? Oh woo is me…poor Mica.

No I’m looking at like this is my time.

I started that part time job from my home it’s called the Diva School.com. And what it is teach women the art of stripe tease. Which I think awesome. I love the idea of teaching women how to be sexy and having fun with it. And I can do it from home which it even better. And this little business was started by two young women like in there 30’s. Which got me to thinking about my idea for the Bronx. (I won’t talk about it yet.)

But I started thinking about myself and my daughter and how I owe it her to try and do this and finish my book.

So I’m really going to put my all in this just like I have been with my book; which by the way I’m in my 11th chapter.

And like the Queen of R&B Mary J Blige says "You Can't Keep A Good Woman Down!"

Mica
There are two sides to me.